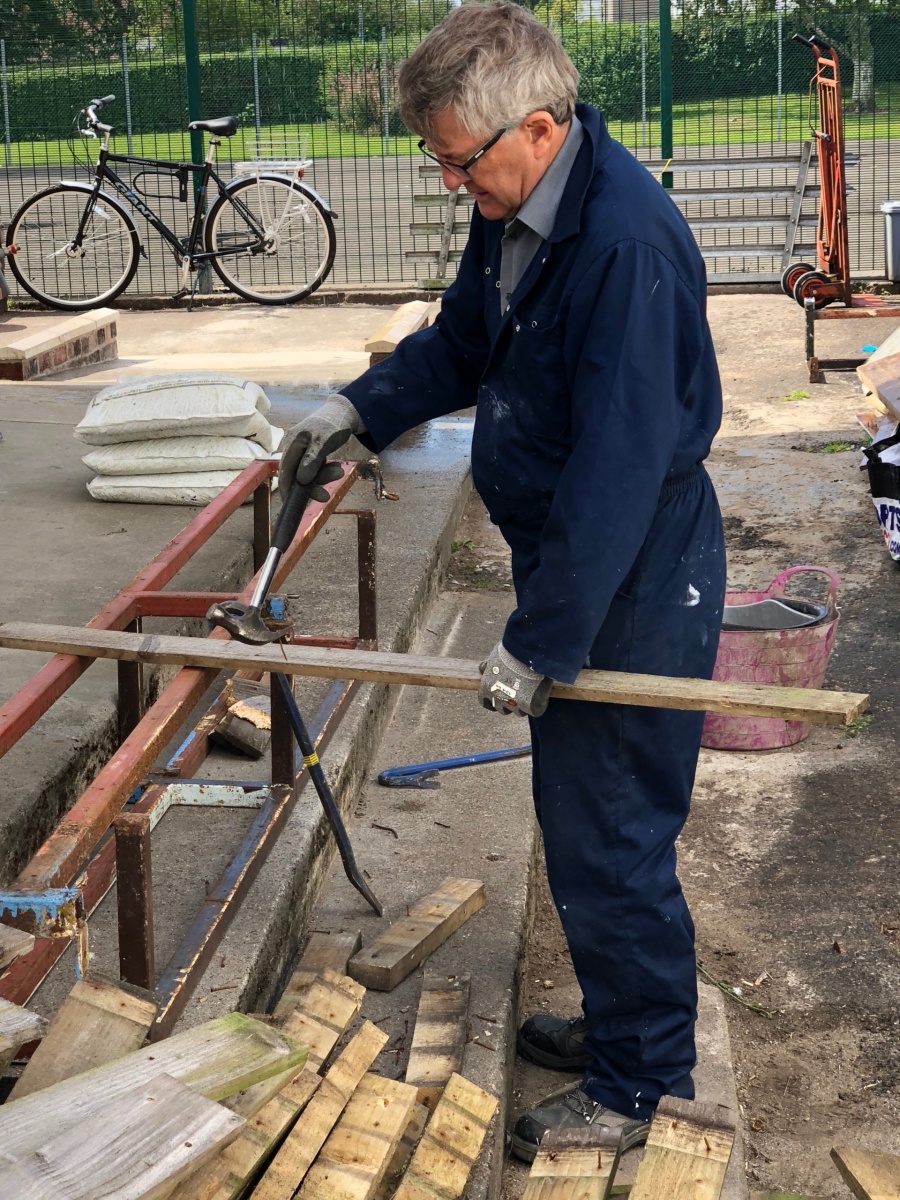 Before securing the Pagoda the trustees organised several outings to maintain the interest of the early members of the group. These visits included a trip to The Bo’ness and Kinneil Railway, Summerlee Heritage Park and the RNLI Lifeboat Station at Rhu. The trustees are committed to continuing this programme and a number of interesting destinations have already been identified for the coming year.
Since obtaining the lease and the keys for the Pagoda in April this year most of our focus has been on the repair and alteration of the building, which had been derelict for the best part of 25 years, to provide accommodation fit for our purpose. Much has been achieved both externally and internally including the fitting out of our kitchen, recreational area and two accessible toilets. Work is now ongoing to fit out the two workshops, with tools and equipment to allow projects to begin.

The MBMS held a very successful Christmas Lunch within the Pagoda in December with all the catering carried out by qualified members in our own kitchen. It is hoped to have further themed functions throughout next year.

The MBMS has been visited by a number of our local Councillors, the Chair of Fields in Trust and our local MP Jo Swinson, all of whom pledged their continuing support to the Shed.
Members promoted the MBMS at Westerton Gala Day, The Milngavie Fair of Clubs and the Milngavie Classic Car Show where some additional members were recruited. At the end of this first period of operation membership stands at just over 70.